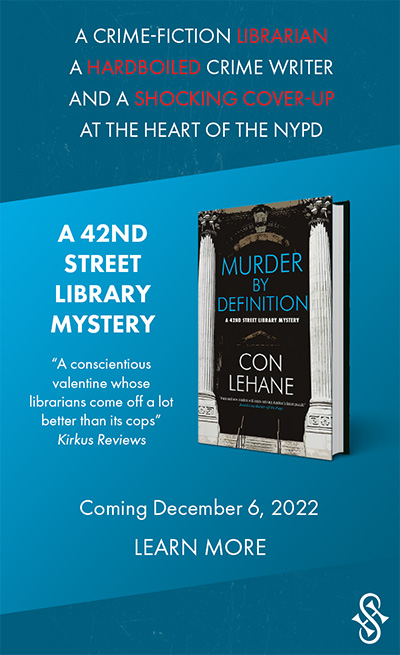 Crime-fiction librarian Ray Ambler gets more than he bargained for when he acquires the archives of a controversial hardboiled crime author in Murder By Definition, a contemporary twisty mystery set in New York City.

Will Ford might be critically acclaimed, but he’s every bit as drunken and disreputable as the ne’er-do-well private eye in his novels. So when Ford offers Raymond Ambler a collection of his papers, Ambler wonders if the project will be more trouble than it’s worth. Still, the disgraced author is an important talent, and Ambler’s never been afraid of a fight.

“Intriguing… Memorable prose. Those with a taste for noir lite will want to check this out.”
—Publishers Weekly

Read more about Murder By Definition

Praise for the Raymond Ambler Series:

“This is the perfect series for bibliophiles and those who like their murder mysteries with a hard-boiled edge.”
—Molly Odintz, CrimeReads, “The Most Anticipated Crime Books of 2019, Part III”

“An apt choice for bibliophiles and those who like a New York City setting.”
—Booklist

“Those who love New York City and libraries will be rewarded.”
—Publishers Weekly